Vybz Kartel Does Interview On His Publicity Stunts 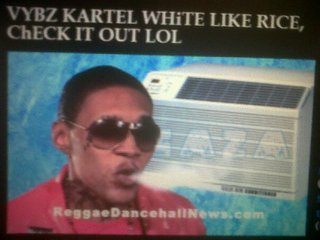 CONTROVERSIAL deejay Vybz Kartel has admitted that many of his actions are engineered to draw attention to himself and by extension his musical career.

Speaking in reference to the bleaching of his skin, Kartel noted that "people are like sheep and I am the shepherd, they are easy to lead. So when me seh, cool dung mi face with the cake soap, it's just more fame and more money for Vybz Kartel".

He added that the only thing one can expect from him is the unexpected, explaining that he has changed his hairstyle many times depending on his mood.

According to Kartel, the cycle continues as the set of persons he mentioned earlier never seem to realise what is happening and so they continue to buy into his actions.

The deejay, whose real name is Adidja Palmer, also touched on the issue of payola in the local music industry. He categorically states that he has never offered money to a radio jock to have his music played, noting that he would prefer to quit as a deejay. He went on to highlight that he has never had the need to pay, considering that his music usually makes it to radio anyway.