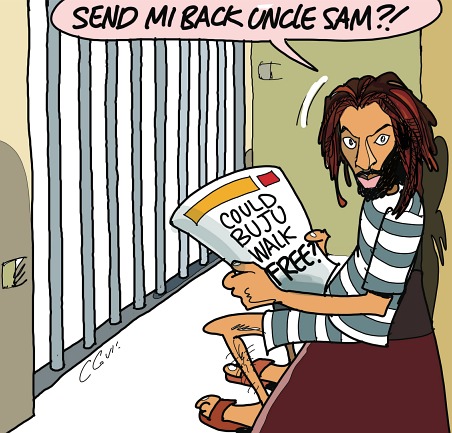 David Oscar Markus, who represented Buju through two weeklong trials and is no longer representing the Gargamel.

Meanwhile, Buju's new attorney, Lumumba, is currently waiting on the official paperwork to go through but expects to delve into the case and meet with Buju Banton at a Miami federal penitentiary in the coming weeks. Lumumba is a civil rights activist and community organizer for four decades. He is based in Mississippi and is the City Council of Jackson, Mississippi.

A Tampa jury found Buju guilty last year of two drug-related charges and a gun charge. The trial judge, however, tossed the gun charge and sentenced the reggae entertainer to 10 years in prison. A resentencing in Buju Banton's case is slated for October 30.