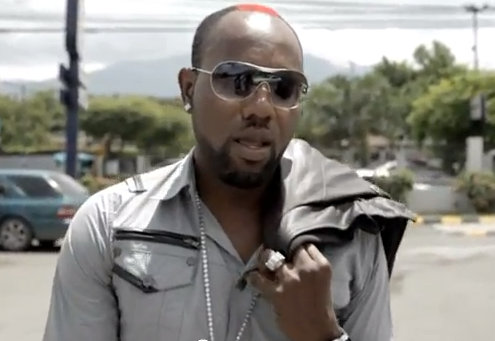 Internationally-acclaimed Jamaican singer, Da’Ville has been released from jail after allegedly hitting his wife in the face during a domestic dispute.

Reports are that the 35-year old entertainer, whose real name is Orville Thomas was arrested Thursday at his home in Valley Stream, NY after police were called to the scene following the alleged incident. He attended a hearing at the Nassau CountyCourt Friday morning and is scheduled to return to court June 24th.

Jae Brown-Thomas, the singer’s wife and long-time manager confirmed the incident in an interview with the Jamaica Observer, published Saturday. She condemned it, but insisted that they are working things out.

"I am not trying to bash my husband but at the same time, what happened was wrong," the Fashozy Records head told the newspaper. "I still love my husband and I want everyone to know we are going through a rough time."

Da’Ville himself has yet to comment on the matter directly. However, a series of tweets published over the last 24 hours appeared to make reference to the fallout from this news.

“One thing in life I was thought while growing up & it's this: Don't believe everything u hear, there r always two sides to every story,” he said. “I am my own BIG man, man enough to know when I am wrong or right, so before you take side please go do your research. #god #loves me 2”

He continued, “What don't kill me only makes me stronger, God knows me more than any 1 else, he can vouch 4 my character, I only need his approval.”

Da’Ville is known for several hits, includingYou’re Always On My Mind, Heaven and This Time I Promise In 2012, he re-emerged following a break from the industry and released his third studio album, Krazy Love last summer, followed up with songs like Atlantis, One In a Million and Mirrors in 2013.