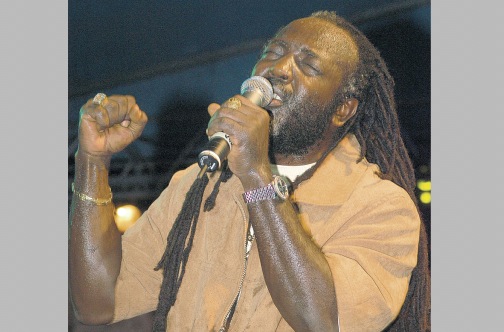 THE seventh staging of Musical Delights, the annual fund-raiser for the Lions Club of Kingston, is set to see a larger than usual crowd in the Gardens of the Jamaica Pegasus Hotel on Sunday, February 8, beginning 6:00 pm.

Freddie McGregor will lead an impressive and popular line-up of Jamaica's finest entertainers, including Maria Myrie, Keisha Patterson, Everton Pessoa and the Bare Essentials Band. The hilarious Professor Nuts and Leroy 'Heptone' Sibbles will make their debut this year. The MC will be Dr Michael Abrahams.

The event was conceptualised and stage by the Lions Club of Kingston in February 2008 as a tribute to music teacher and pianist extraordinaire, Lion Iris Whittaker.

"Lion Iris had faithfully provided live piano music at all Lions functions up to late 2007 when failing health prevented her from continuing to perform," said Errol Lee, member of the Lions Club of Kingston and chief organiser of the annual event.

He said the 2008 show was a resounding success, featuring several musical icons, all of whom had benefited from Lion Iris' tutoring and mentoring.

Since then, Musical Delights has been held in the Gardens of the Jamaica Pegasus Hotel on the first or second Sunday in February each year, with the proceeds going to the Sight Foundation of Jamaica and the Lions Eye Clinic at 30 Beechwood Avenue, Kingston.

Lee said that at the Lions Eye Clinic people are screened for eye defects and fitted with glasses (based on availability), or referred to an eye specialist for further treatment.

"Funding is required to purchase a vehicle for the Mobile Eye Clinic which visits schools and screens children several days each week and to further equip the clinic so that cataract surgeries can be done there," he noted.