Kiprich and Merciless to Clash at Sting? 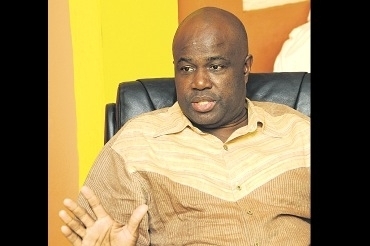 With a host of different controversies surfacing in the dancehall arena recently, Isaiah Laing of Supreme Promotions predicts a night of musical warfare hence the theme 'Rumours of War'.

"The buzz is already in the streets. See, THE STAR already hear suh yu can just imagine," he laughed.

According to Laing, who was chilling with his 'war' team member Heavy D at their 'war office', the public is demanding a lyrical battle and as such, this musical war would be delivered.

"Sting has always had a clash to make it Sting. Our best years at Sting we had clashes. The streets are asking for it. Last year, we tried the church thing and it did not work so we are going back to the real Sting, you can't teach an old dog new tricks," he said.

According to Laing, the sponsors are already stating their interest, and from all indications, this staging is going to be major.

"I am expecting a turnout of over 30,000 patrons, the sponsors love the concept of 'Rumours Of War' because they want crowd and we know the secret of getting a crowd," he said.

Laing also says that the event will be streamed live on the internet and potentially via satellite, and also hinted at the appearance of an international artiste.

"There will be international acts but that you will hear more about," he said.

There is also an exclusive Sting dancehall rhythm called Rumours Of War.

The rhythm is produced by Gaddafi and already features the likes of Merciless and KipRich, who are throwing early lyrical jabs at each other.

According to Laing, the rhythm will be the first phase of the musical warfare leading up to Sting, as more artistes will record their songs on it.

On the night of Sting, patrons can also expect clashes from as early as 11:45 p.m.

According to Laing, the relationship with the dancehall artistes and Supreme Promotions has improved.

"The relationship with the artistes is good, they realise that this is the last good thing left in dancehall, plus there is a lapse in live shows in Jamaica," he said.

As for potential clashes at this year's staging of Sting, the promoter was tight-lipped.

However, he did mention that a matchup could be expected between KipRich, Aidonia or Merciless.

"KipRich is like the new Ninja Man of Sting, so people can expect him to go up against anybody," he said.

The audition will be on October 10 from 3 p.m. to 7 p.m., and entries are open to upcoming artistes. The top four will win cash prizes and get the opportunity to perform at Sting.

Sting is slated for December 26, 2011, at Jam World in Portmore, St Catherine. With just over a month to go before the event, the streets are already burning up with talks of potential face-offs.