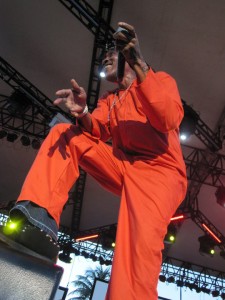 The leader of the Portmore Empire was ordered to return to court on October 26 when his trial for murder, conspiracy to murder and illegal possession of a firearm will continue.

Vybz Kartel has been in police custody since September 30.