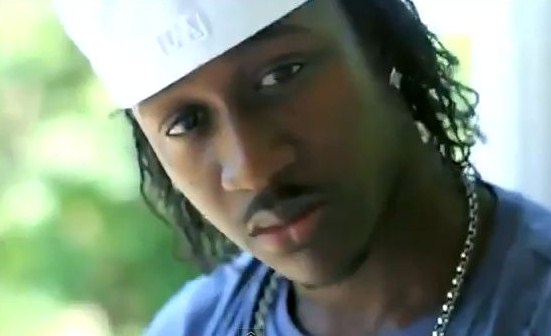 Former J.O.P., member Navino, says he was threatened by members of Aidonia's entourage. According to Navino, he has distanced himself from Aidonia since leaving the camp earlier this year. However, Aidonia's cronies are still looking to stir trouble.

"Wi deh a one party a Old Harbour road and mi perform before Aidonia. Mi not even dis the man nor call him name, then when him and him entourage a pass, a member of the entourage sey any how dem buck mi a road a gunshot. Suh mi sey a dream yu a dream that," Navino said.

The JA productions artiste says that following the brief verbal exchange, a bottle was thrown in his direction.

"I went downstairs and I was going towards Flexxx and Kibaki to hail them up and a bottle was thrown at me. It neva touch mi, but it drop right a mi foot Roach did tell mi sey Aidonia nuh rate mi long time but a now mi see it because the man dem cudda buss up mi head," Navino said.

According to Navino, he received a good response for his song Who God Bless which speaks of his exit from the J.O.P camp and the reception seemed to have made Aidona angry.

"A tru mi shell di party it look like it bun dem. Mi naah pree him, mi just a duh my thing. Mi hear sey him cup drop outa him hand because him neva expect fi hear that response to the song," Navino said.

Navino disclosed that he was heading on a positive path with his music and had no interest in violence at this stage of his career.

Aidonia's brother and manager Lav Lawrence confirmed that both artistes performed at the same venue. However, he dispelled Navino's claim that a bottle was thrown at him. 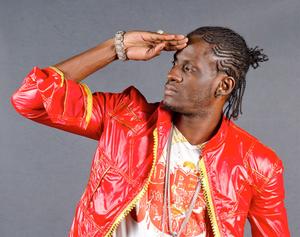 "Both artistes were at the same venue, Navino performed first and left. Nobody threw any bottle at him. Why would we throw a bottle at Navino? That makes no sense. Navino left J.O.P and we are about our own business. We don't have any problem with any artiste, so anybody who has something against Aidonia it's their business, maybe it's just a move to smear Aidonia's image," Lav said.

"Since mi leave J.O.P my career is better. I am learning the business now, I might not be doing a bag of shows but it's more professional. I used to go up and down and perform with Aidonia for free but now I get paid so I am more comfortable," Navino concluded.