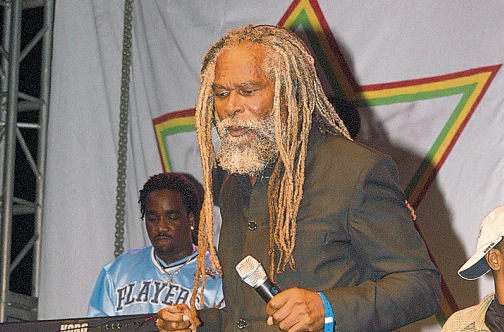 THE police are still conducting investigations into the circumstances in which reggae singer Bob Andy was mugged along the Mona Road in St Andrew, on Friday.

According to the Corporate Communications Unit, the Jamaica Constabulary Force's information arm, Bob Andy was attacked by a knife-wielding motorcycle rider along the Mona Road at 2:30 pm.

The mugger made his escape on a motorcycle. No arrests have yet been made.

Bob Andy (given name Keith Anderson) started his career as a founding member of The Paragons. He became a solo star with the 1966 hit song I've Got to Go Back Home.

An accomplished songwriter, Bob Andy did a stint in the 1960s as a member of The Paragons. His hits songs include Young Gifted and Black, featuring Marcia Griffiths; Too Experienced; My Time; and Feeling Soul.

In 2006, Bob Andy was awarded Order of Distinction in the rank of Commander (CD) for his contributions to the development of Jamaican music.