Time draws near for Flippa 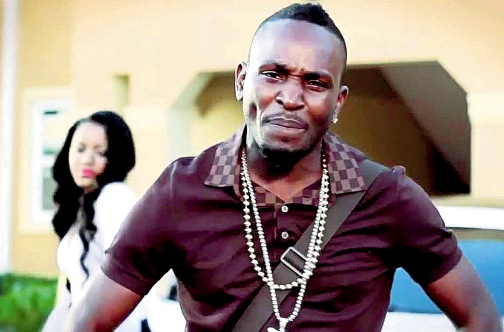 THE trial for dancehall artiste Flippa Mafia will end its third week at the Camden County Superior Court in New Jersey, today.

It began on September 29. A verdict, however, is expected by month-end.

"The trial is being conducted each week on Tuesdays, Wednesdays and Thursdays," Peter Aseltine, press officer in the Division of Criminal Justice in the New Jersey Attorney General's office, told the Jamaica Observer yesterday.

He has been in custody since September 2013. If convicted, he faces a life sentence with eligibility for parole after 25 years.

He has pleaded not guilty to all charges and is being represented by attorney J Michael Farrell.

"We expect the trial to last at least until the end of the month," said Aseltine.

Aseltine was unable to give an update, as he is not attending the trial.

pleaded guilty to participating in an operation that used the United States Mail and other parcel delivery services to ship multiple kilograms of cocaine from California to New Jersey. More than 26 kilos of cocaine and over US$500,000 in cash were seized from the network. The Davis brothers were also arrested in September 2013.

Under a plea agreement, the state will recommend that Roger Davis

be sentenced to 10 years in prison, with a three-year period of parole ineligibility.

Kemar Davis, who pleaded guilty to leading a narcotics trafficking network, faces 20 years in state prison, with a 12-year period of parole ineligibility.

Sentencing is scheduled for November 6.

So far, six persons have been charged in the case.

Flippa Mafia, also called the Flossing King, is known for hurling hundreds of dollar notes into the crowd during his performances.

He appeared in the 2002 movie Shottas, which stars Ky-Manyi Marley and Spragga Benz. His songs include Unfinished House and Hear Mi Hear.