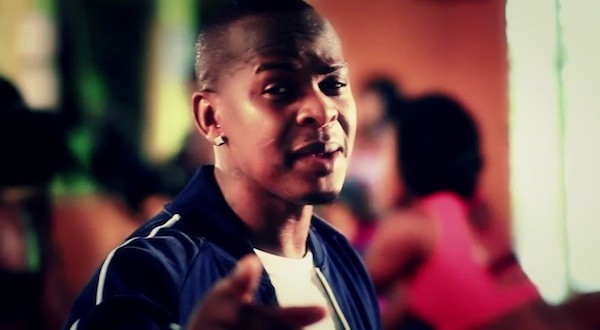 The singjay also claimed to have video proof from his surveillance system, to show that he wasn't exaggerating his experience. After doing several local and international interviews on the issue, Mr Vegas did not release the footage, which left many of his fans in doubt, some even sided with the accused babymother citing that Mr Vegas was being a mere cry baby at the time.

However those who doubted Mr Vegas, have now received the proof they were waiting for, as the alleged video evidence has finally surfaced and has being doing rounds on social media.

The over three-minute long video shows a woman and a man, taking part in, what appears to be coitus, while a baby girl walks in and out of the room at various intervals. The woman made an attempt to remove the child from the room, however not before removing her underwear in the child's presence, then swiftly returning to her lover who sat in a sofa partially covered with a sheet. The curious child however returned twice during the sofa action.

Focused on his child's development

Mr Vegas however vehemently denied having any part in the release of the video footage. He says his only focus is his child's development and he doesn't want to be reminded of the experience.

"I have moved on from that situation a long time ago ... I don't want to be reminded of that awful situation and can only pray that my daughter is ok. I was not the only one at my house the day the video was seen, so I don't know the source where it is coming from at this time," the artiste said.

The singer also released a song and music video called Bare Tingz, documenting his experience and warning others not to fall deeply in love. He further told THE STAR that those persons who have seen the now viral video, have been offering their sympathy.

"People have been sending me links and I see messages in my inbox where people are saying they respect me for how I dealt with that situation, but I don't want to get into that energy right now. My main focus now is my kids, my music and the artistes in my camp. This situation is only gonna put me back in a dark place and I worked with Danny Browne and Clevie with music that could heal my soul. So I have nothing more to say about that, my only wish with this situation is that my daughter is ok, because there are lots of predators out there," he said.

The artiste also hopes other men will be able to learn from him, based on how he handled the situation instead of resorting to violence.