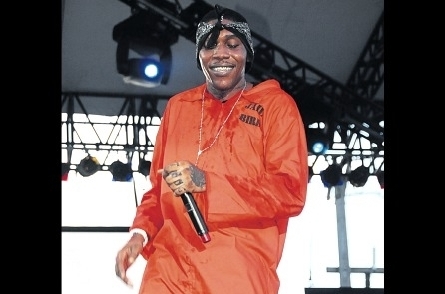 Kartel was present in the RM court on Tuesday morning when he was told of the judgment by Senior Magistrate Judith Pusey, who denied a bail application filed by the deejay’s attorney, Michael Deans. Senior Magistrate Pusey order Kartel to return to court November 10th when the case will be mentioned once more.

Meanwhile, the self-proclaimed “Dancehall Hero” is due in court later this week to answer to charges of murder, conspiracy to murder and illegal possession of a firearm in relation to the shooting death of a St. Catherine based businessman/promoter this past July. Kartel and a group of men allegedly plotted to kill 27 year old Barrington “Bossie” Burton, who was murdered when standing alongside Walkers Avenue in Gregory Park, St. Catherine.


According to police investigating the matter, witnesses in Kartel’s murder case have given conflicting statements to the Office of the Public Defender. The Jamaica Gleaner reports that police sources have intimated that information gathered in the “Gaza” sections of Waterford, St. Catherine discovered threats and other acts of intimidation; causing witnesses to change their stories in fear of their lives. Additionally, it’s reported that members of the St. Catherine South police rounded up “all known members of the Gaza gang” after it’s alleged that gunmen staged an attack in the area of the murder’s occurrence during the morning of the investigation parade. "People have been scurrying for their lives, not into hiding but to public legal offices, as a way of getting out of the case,” sources claimed.

The charges slapped on Vybz Kartel were announced on October 3rd; three days after he was arrested at a small New Kingston Hotel where members of the Flying Squad discovered a small quantity of ganja.