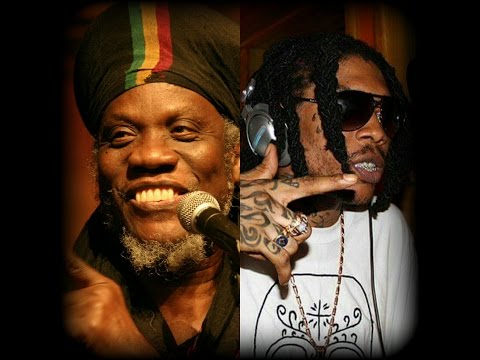 Mutabaruka has shut down reports that incarcerated dancehall deejay Vybz Kartel has written a letter to him.

The world renowned dubbed poet tells Music News that it is not true dismissing rumours that Vybz Kartel had sent him a letter in which the deejay claims to have converted to Christianity.

According to a broadcast making the rounds on social media, Kartel has written to Mutabaruka to tell him that not being able to record behind bars propelled him to find Christianity.

The rumours started on the weekend could be a spinoff of all fool’s day celebrated on April 1.

Further checks by Music News also reveal that Vybz Kartel’s Voice of the Jamaican Ghetto is being used in the curriculum in Thailand.

In addition, Kartel’s coauthor Michael Dawson said the Voice of the Jamaican Ghetto is also being used by Buddhist monks.

Vybz Kartel is currently awaiting a date for his appeal trial. The dancehall deejay is currently serving a life sentence along with fellow deejay Shawn Storm and two others.