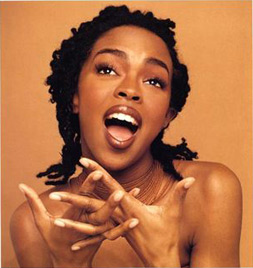 Last night Lauryn Hill ripped the stage during the Late Night With Jimmy Fallon in a tribute performance to her late father-in-law Bob Marley as part of the show’s week-long celebration of his life and legacy.

The event that is sponsored by Margaritaville began May 9 with Ziggy Marley, the oldest son of the reggae legend. In addition to performing, Ziggy talked about his father.

While Tuesday (May 10) Chris Cornell’s interpretation of Bob Marley was deeply spiritual and entertaining. Jennifer Hudson checked in on Wednesday (May 11) and Lenny Kravitz is expected to wrap things up later.

NBC's Late Night with Jimmy Fallon is currently on day five of their weeklong tribute to commemorate the 30th anniversary of the death of reggae legend and icon Bob Marley.

Each invited entertainer is expected to perform a classic Bob Marley tune that pays tribute to his revolutionary spirit and deep influence on music.