MYA TO PERFORM AT REGGAE SUMFEST WITH SPICE AND WAYNE WONDER 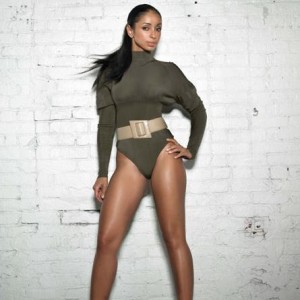 R&B singing sensation Mya will be apearing on the Baddest Dancehall Night of Reggae Sumfest Thursday, July 21. She take the stage with dancehall DJ Spice, however thats not all she wrote. The Grammy winning recording artiste returns to the Reggae Sumfest stage International Night 2 with Wayne Wonder on Saturday, July 23.

The duo recently collaborated on a powerful remix of Wayne Wonder’s popular, chart-topping single, If I Ever, which is impacting radio in a huge way. According to Wayne Wonder’s management, they thought it appropriate to invite Mya to perform the song live with Wayne at the greatest reggae festival on earth.

If I Ever made its debut on the iTunes Reggae Chart at number four in December last year and subsequently climbed its way up; in Jamaica, it topped the Jamaica Countdown Chart in June and remained in pole position for two weeks. Internationally, the single has received massive airplay and loads of positive feedback.

“Undoubtedly the single has performed commendably, but we are always looking to take things up a few notches and reach a wider audience … and this is what we are confidently hoping to achieve with the collaboration with Mya,” Wayne Wonder explained.

He said he was grateful to Mya for graciously accepting the invitation to perform with him at Reggae Sumfest.

“Mya is a wonderful talent, a great person and she gives the single added flavor. I am really looking forward to working the Sumfest stage with her,” the Grammy-nominated reggae artiste declared.

The annual reggae festival features one week of events inclusive of performances and parties with the now famous Beach Party, Dancehall Night as well as International Night’s 1 & 2.