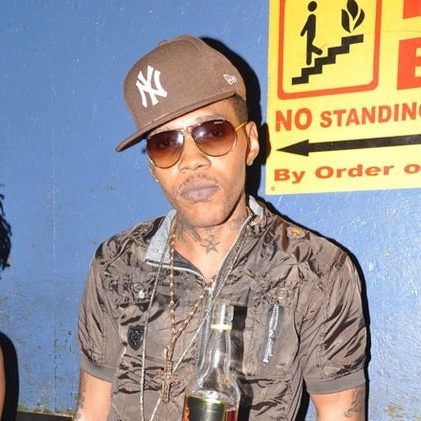 Although was still a loved brand by many Jamaicans over the years, Vybz Kartel is the man behind the resurgence of the classic brand from a period of drouth.

Makes us wonder if Vybz Kartel got any credit or deal from the famous British shoe brand. The answer is NO.

In a recent interview with MTViggy, the “Dancehall Hero” deejay said he was simply “expressing” himself when he did the song Clarks, that went on to be one of the biggest dancehall hits in 2010.

“They would have to be the ones to approach me because what I do is music. If I can capitalize on something, I’m going to do it. I said what the f**k! I have a passion for moving something as old school as Clarks and bring it to the forefront of a new generation. So that’s when I decided I wanted my own line of shoes. F**k Clarks. When I did the song, I was expressing myself. It’s not that I was like “hey, I’m going to do the song and get a deal.” No. I had like 50 pairs of Clarks when I did the song, so that was an expression of me, Vybz Kartel.”

Vybz Kartel said he think it was selfish of them (Clarks) to not credit him for bringing back the brand to a new generation.

“I could think that way, but it would be very selfish of me. Just as how it would be very selfish of them not to acknowledge that Vybz Kartel has done a lot for them. One of the advertising companies for Clarks actually had my video on the site without even saying “yo Kartel, thanks for doing s**t for us, we’re going to send you a container load of Clarks.” So I had my publicist take it down. I’m self made, I am my own company. Probably if I was signed to, say, Sony, and did a song like that and it got that much recognition, I would have gotten a deal. But [no], because I am this one-man army in Jamaica.”

Do you think Clarks should credit Vybz Kartel for bringing back their brand?