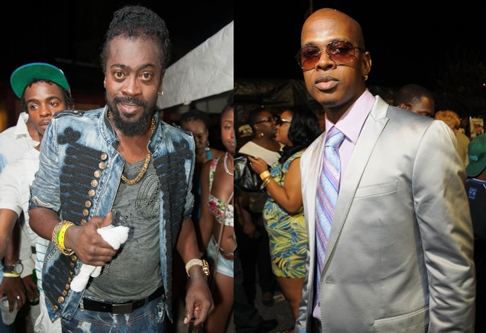 This Caribbean Day themed show will see Beenie Man performing and premiering the official video for his single, Thug Love. The single, produced by Grillaras Productions and distributed by Zojak World Wide features prominent Dancehall/Reggae diva, Ce’Cile while the video was recently shot in the Jamaican parish of Portland.

This marks Beenie’s first appearance on BET since featuring on the island segment of the 2013 BET Awards which also featured Elephant Man, Chaka Demus and Pliers as well as Dawn Penn.

Fellow acclaimed Dancehall star, Wayne Wonder will also appear on 106 & Park where he is set to perform his classic single, No Letting Go while also promoting the video for his single, Caught Up the second single off his new album, My Way. This appearance comes as the singjay embarks on a European tour which sees him perform across venues in the Netherlands, Germany and Switzerland, amongst other stops.

Mr. Vegas will also feature on the show while he embarks on a European tour of his own. The Bruk It Down singer recently joined forces with R&B/Pop superstar, Beyoncé for the single, Standing on The Sun, which marked another major step in his career. He is set to debut his new, 16-track studio album, Bruk It Down 2.0 on September 24, which features a soca remix of his Bruk It Down hit as well as Give It To Har, amongst other tracks.