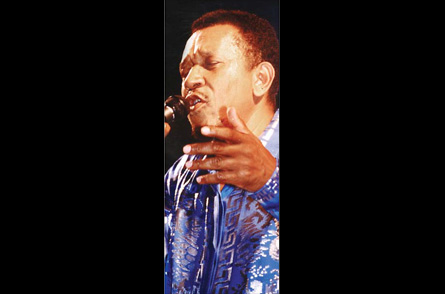 Chasers Café in Kingston is expected tol come alive on Monday October 17, as the Dennis Brown Trust will stage a special event dubbed Salute to the Crown Prince.

The event celebrates the conferment of the posthumous award of Order of Distinction, Commander Class, on the crown prince of reggae Dennis Brown.

The salute to the Crown Prince will begin at 12:00 noon, immediately following the national honours award ceremony which will be held at King's House.

Listed among the artistes who will perform at this event are Derrick Harriott, Big Youth, Ken Boothe and LLoyd Parks.

All the proceeds from the event will go to the Dennis Brown Trust, to aid its scholarship programme.

The Trust was founded shortly after the singers passing in 1999. Over the years it's work has encompassed the funding of scholarships for students attending Central Branch Primary School, which is one of the institutions that the late singer attended in his early years. The Dennis Brown Trust also makes contributions to the Edna Manley School of Music on an annual basis.