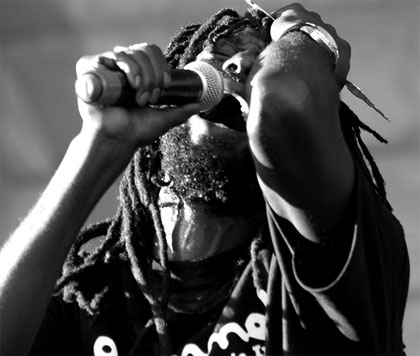 Buju was ordered by Judge James Moody to appear in court on June 26 along with Terri Wright, the juror who is alleged to have violated court orders during the singjay's February 2011 drug trial.

The date was set late Tuesday, just over two weeks after a new development in the case in which a forensic expert hired by Buju concluded that Terri Wright brought a desktop computer hard drive for examination of her alleged misconduct instead of a laptop she used during the trial.

Wright's lawyer later claimed she misspoke in calling her computer a laptop.

Terri Wright admitted to a Florida newspaper last fall that she researched aspects of Buju's case, but later insisted this took place three weeks after the trial concluded.

She has now been summoned to court to answer the forensic expert's findings as well as issues raised in a motion filed by Buju's legal team pertaining to a new trial.

Buju is still set to serve six more years of a ten-year sentence on drug-related charges stemming from a December 2009 incident in Florida.

A gun charge, which was thrown out during the initial ruling was reinstated following a failed appeal on his conviction.

As a result, the entertainer was due to face a re-sentencing hearing and five additional years in prison in relation to the gun charge. However, the hearing was postponed after Buju's team successfully filed an application to investigate the alleged misconduct.