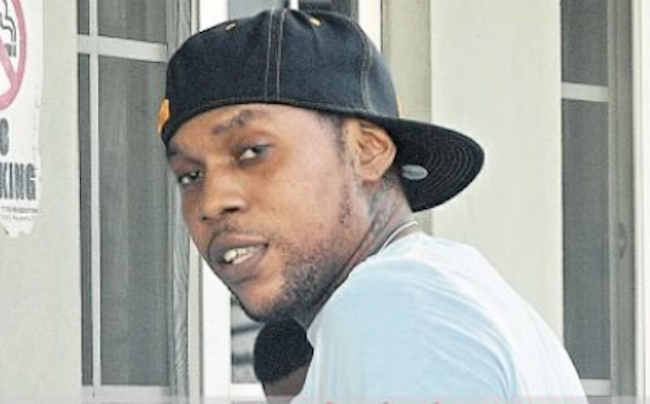 Director of Public Prosecutions (DPP) Paula Llewellyn this morning entered what is called a nolle prosequi, officially informing the Corporate Area Criminal Court that the Crown was no longer pursuing the case.

Kartel and Gaza Slim, whose given name is Vanessa Saddler, were charged with attempting to pervert the course of justice.

Andre Henry, alias 'Pim Pim’ was also charged with attempting to pervert the course of justice.

The possibility of the case being withdrawn was hinted at on Monday, when the case came up for mention and the DPP requested time to consider her options including a request from defense lawyers to discontinue the case.

Kartel’s attorney, Tom Tavares-Finson says he wrote to the DPP asking her not to go ahead with the trial based on the technical evidence that came out in the artiste’s murder trial which ended in a conviction in April.

Tavares- Finson says he informed the DPP that the witnesses for the conspiracy case were also involved in the murder trial.

And he said they are giving new statements contradicting evidence in the murder trial.

Tavares-Finson added that in the interest of justice, it would not be proper for the prosecution to continue the case.

Meanwhile, Finson says many of the arguments that the defense would be using at the conspiracy trial are part of the arguments submitted in Kartel’s appeal of his murder conviction and sentencing.

The lawyer says without the transcripts of the murder case, the defense would not be able to properly cross-examine witnesses in the conspiracy trial.

The DPP says she will review the matter until the end of the appeal and according to the law, she can resume prosecution.

Meanwhile, attorney-at-law Pierre Rogers was successful, in having the court granting an order for his client Gaza Slim to reclaim her passport.

Attorney, Charles Williams, represents the third accused in the matter.

It is alleged that Kartel and Gaza Slim were part of a plot to undermine a police investigation into the 2011 murder of Clive ‘Lizard’ Williams’ death.

Gaza Slim allegedly turned up at the police station to report that Williams had robbed her, in a move to side-track the police who were investigating his murder at the time.

Kartel was convicted for Williams’ death in April.