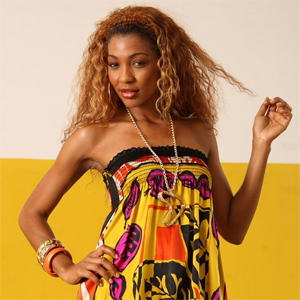 D'Angel is pleased with the creative side of her latest video shoot for the Break Free single on the Life rhythm. She praised the work of director Mykal Cushnie, who is known for his innovative ideas and brilliant camera work.

"Mykal is a very creative person, and his use of imagery and symbolism is really quite striking. I don't want to give away too much but I really enjoyed how he wrapped me up in tape and allowed me to break free out of those bonds, and it's going to look great on film," D'Angel said in a release.

"The video will be complete by next week and air on local television, after which it will be sent out to websites and international media outlets," she said.

D'Angel also released another single Stand Firm right after the filming of the video 'Break Free' directed by Mykal Kushnie.

She continues to solidify herself within the music industry and strives to be one of the most sought after entertainers worldwide.

She currently has upcoming shows locally and abroad, and is currently working on her debut album.