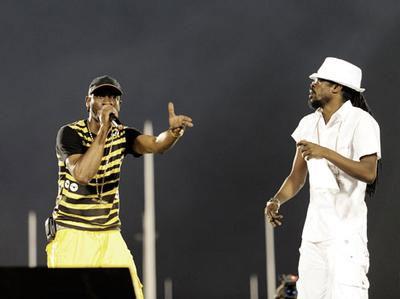 One of Jamaica's biggest brands, Guinness, is to recognise and celebrate the 50 most influential and iconic persons behind dancehall music.

The Guinness brand, which has been a major player in the Jamaican dancehall culture for over 20 years, will offer a platform for its consumers to select their choice of the greatest dancehall icons of all time in recognition of the Jamaica 50 celebrations.

"As we begin celebrating Jamaica 50, Guinness wants to recognise the legendary influencers and playmakers of this unique and great culture we own called dancehall," said Guinness brand manager Racquel Nevins.

"As the biggest brand in dancehall, we're going to create a platform where our consumers can select their choice for the greatest in dancehall, and that will include DJs, producers, selectors, and sound-system owners," Nevins added.

Guinness said it would be celebrating persons who have the confidence to follow their dreams, people who are full of imagination and vision and who live vibrant lives - all of which represent the Guinness consumer.

The Guinness 50 Greatest Dancehall Icons activity will kick off in June and run up to Independence weekend.

Guinness' footprint in the dancehall can be seen in previous partnerships with the World Immortal Stone Love sound system, its sponsorship of Sting and Reggae Sumfest, the Guinness Sounds of Greatness sound-clash competition, and the current Guinness Greatness in the Streets, which is a community-focused street dance activity.

Other notable dancehall moments include the historic Arthur Guinness Day concert at the National Stadium in 2010, which saw greats Beenie Man and Bounty Killer performing together on the same stage with one band in a memorable combination.

Guinness is also so entrenched in the music that it had a popular dancehall rhythm named after it - Red Bull and Guinness rhythm - which was released in 2006.