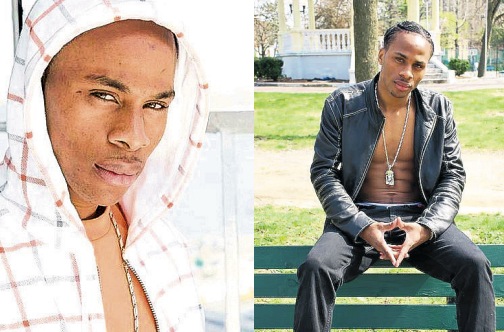 IN December, singjay Dexta Daps predicted that 2015 would be his breakout year. Less than three months into the new year, he is inarguably one of the hottest dancehall figures in the industry.

His single 7eleven, released in January, has become a dancehall anthem.

While he is extremely grateful for his achievement, he credits his rise to his production/management team and community.

"All of this I have to give to my community Seaview Gardens and my management team DASECA. They have been my biggest supporters and was the drive that kept me going," the 28-year-old told Splash yesterday.

Dexta Daps said it took almost nine years to get his breakthrough. He, however, is not surprised.

"I expect every song to be a hit and it finally happen with 7eleven and as a result it was easier to get a hit from the other songs. Songs that were done years ago became a favourite because people started to revisit other songs after hearing 7eleven," he said.

One song 'revisited' is Morning Ride. Recorded last August and produced by DASECA, the sensual single has made the playlist of radio disc jocks and party DJs.

The singjay is also riding on a high with other tracks including Pretty Nicky, This a the Best and Jealous Ova, a collaboration with female dancehall sensation Tifa.

With all the hard work and energy he is giving his career, the hazel-eyed entertainer said he has no intention of being a flash in the pan.

"It's like a regular 9-5 for me. If I don't work I don't get paid. I make a schedule which oftentimes starts with chilling with my peers on the corner, then it's off to the studios to record. Sometimes, while holding a vibe with the youths, I may come up with the lines to a song, so every minute of my day is well-spent," he said.

Dexta Daps, given name Louis Grandison, is a past student of Calabar High. Like most teenagers, Dexta liked music but said he was more focused on becoming a footballer. But growing up in a community that produced some of the dancehall industry's heavyweights including Shabba Ranks, Bounty Killer and Elephant Man, the thought to become a deejay was appealing.

"When artistes like Shabba and Bounty got their break, myself and other aspiring entertainers saw how supportive the community was. We became empowered. I used to listen their songs and then go deejay them to my friends until I started writing my own songs. Seaview Gardens live for music and all of my songs some of which are unreleased, are favourites in the area," he said.

Among his upcoming releases are Slavery and Shabba Mada Pot. He is also preparing for upcoming gigs in sections of the United States and Canada.