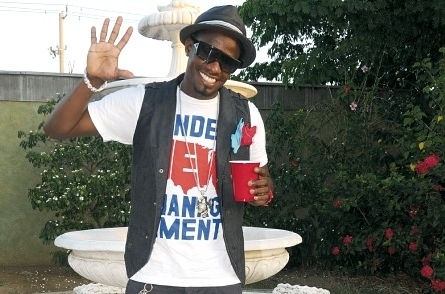 DANCEHALL artiste Ding Dong is pleased with the progress of his career having just returned to the island folllowing a performance in Panama at the very first time at the Passa Passa Youth Concert held at the Roberta Duran Gymnasium.

The head of the Ravers Clavers dance unit, Ding Dong who has been a figure in dancehall ever since the hit single Badman Forward Badman Pull up, says he gave a good showing for the thousands of young teens who attended the event which earlier this year also played host to Elephant Man who rocked the crowd with a slew of dance singles.

Currently booked through Solid Agency for several other international shows Ding Dong says he is also setting new fashion trends in dancehall with his clean and fresh wardrobe selection.

On the music side of things Ding Dong is gearing up for the release of a new single Jamaica Groupiemet which is featured on ZJ Wah Wah/ Darkcide brand new Menke Riddim set to premiere in a few day's time. The new track takes jabs at a local website which is known for reporting some of the steamiest celebrity gossips locally.