Europe in the summer Europe is the bubbling epicentre for reggae music this summer.

As Europeans take full advantage of the warmer weather, Jamaican acts are front and centre at many of the reggae festivals now underway on that continent.

Perhaps the busiest act this season is fast-rising roots reggae act Chronixx, who has 17 stops in the European leg of his Dread and Terrible tour. 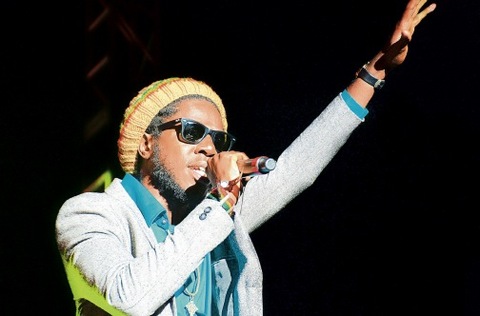 But Chronixx is not alone, as many other local acts are making it onto the roster for festivals not only being staged in the traditional European reggae markets such as Germany, the United Kingdom and France, but in Austria, The Netherlands, Slovakia, Poland and Denmark, which are welcoming reggae acts to their shore in increasing numbers.

At the same time, a slew of locals are also on stage at Reggae Sundance over in The Netherlands. That stage will feature John Holt, Luciano, Shaggy Tarrus Riley, Busy Signal, Big Youth, Tanya Stephens, Jesse Royal, Kabaka Pyramid, Iba Mahr among others.

Next week is a strong week for the local acts with festivals in Germany, France, Austria, Poland and the UK.

Among the acts billed for the Chiemsee Summer Festival in Germany are Shaggy, Jimmy Cliff, Max Romeo, Luciano, Tanya Stephens, Chronixx and Gyptian. Cliff, Luciano, Anthony B and Droop Lion are also advertised to lead Jamaica's charge at the No Logo Festival in France from this coming Wednesday to Friday.

Busy Signal and Romain Virgo are among those on the Hill Vibes Reggae Festival in Austria on Thursday.

The four-day Ostrada Reggae Festival will see the likes of Chronixx, The Skatelites and Rootz Underground taking to the stage.

Over in the UK, Cocoa Tea, The Mighty Diamonds and Bushman are just a few of the local acts on the One Love Festival.

One of the most anticipated European Reggae festivals, Rototom Sunsplash in Spain has one of the biggest Jamaican contingents for the event which runs from August 16-23.

Poland is the next stop for the majority of local acts for the Regalowisko, Bielawa Reggae Festival from August 21-23. Anthony B, John Holt, Junior Kelly Jesse Royal and Jah 9 are among those down to perform.

The major festivals wrap up at the end of August with the Scandinavia Reggae Festival from August 29-30, which should see local acts including Tanya Stephens and Busy Signal taking to the stage.