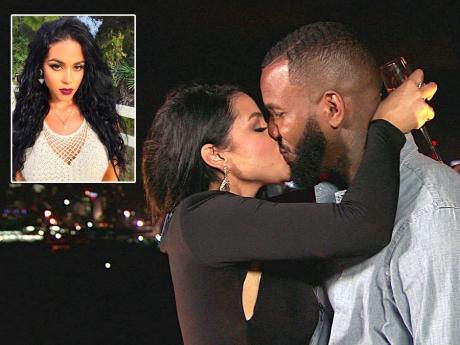 She's Got Game is a reality dating series that follows the Grammy-nominated rapper The Game (Jayceon Taylor) in his pursuit of the perfect love match.

Twenty-eight-year-old Rebecca Silvera, 2nd runner-up in the Miss Jamaica Universe 2008 pageant,was one of the final two ladies who was left after 8 ladies were eliminated from the show.

In the final moments of the show's last episode, The Game said he had difficulty choosing between Rebecca and her fellow contestant Shyona. After being forced by Shyona, The Game said told both ladies what he liked about them and told Rebecca "I am pretty sure I have would have an amazing life with you."

He then told Shyona, "Shy, you are amazing, but I choose Rebecca.”

After the announcement, Rebecca who is from Kingston, Jamaica shared a passionate embrace and kiss with The Game.

Rebecca stated that being on the show was hard especially since she had to leave her son for a while. However she said being crowned the winner makes it all worth it.

She took to Instagram afterwards and shared a photo of herself and The Game with the caption, "Meeting you was fate, becoming your friend was a choice, but falling in love with you was beyond my control."

It is not clear if the rapper will have a relationship with the Jamaican beauty.

She's Got Game featured 10 ladies who joined The Game on a cross-country tour from Los Angeles to Miami as they were tested on their ability to manage the hip-hop lifestyle.

Each lady was treated to an extraordinary date with the rapper and one lady was eliminated in each city.