Juggling rhythms on the decline? 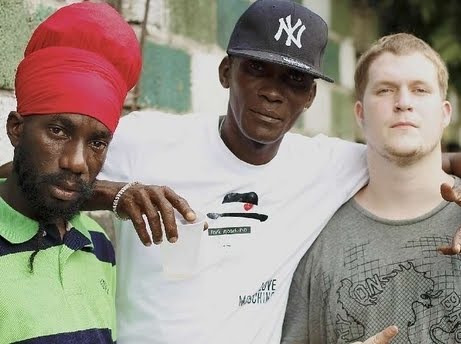 Since the success of the One Day and Overproof rhythms, arguably no one dancehall juggling has made a solid impact on the Jamaican dancehall over the last year.

Instead, what the industry has experienced is a rise in the production of singles.

While admitting that Chimney Records has made some impact with their Chill Spot and Money Box rhythms, some local producers have confessed that it's easier and more cost-effective to produce singles.

According to Cashflow Record's Xtreme, responsible for the production of the single Kotch, DJs find it easier to play singles.

"Juggling rhythms brought about some hits, but it's not popular right now. Maybe it's easier for DJs to play singles than juggling. When you play juggling, you play at least 10 songs from one producer, but when you play singles you end up playing the same number of songs from 10 different producers. You also avoid conflict with artistes because their songs weren't played on the rhythm," he said.

Xtreme says juggling rhythms are better for the preservation of dancehall's culture; however, he did highlight that promoting singles was more economically feasible, citing the promotional strategy he used for Kotch as an example.

"All I did was produce the song, blast it and shoot a viral YouTube video and it got over a million views. But if it was a juggling, it would take more effort to do several videos and get radio play for all of them," he said.

Patrick 'Roach' Samuels is one-half of the JA productions duo responsible for the Overproof Rhythm. He, shares the same views as Xtreme, as it relates to the feasibility of promoting singles over juggling. He however, believes a properly produced juggling rhythm with good-quality songs is just as effective as any single.

According to Roach, some singles would be more successful if they were transformed into juggling. With making reference to JA production's Afterlife rhythm, Roach revealed that their intention was to release a single with Konshens. But upon hearing the song, they decided that the rhythm would become more eminent as a juggling. JA productions later recorded songs with Assassin, Romain Virgo, Mavado, among others, on the Afterlife rhythm, the end result seeing the rhythm become a popular pick for selectors on local radio.

Roach also said that juggling rhythms give more variety to music listeners and acts as an agent of artiste development.

"If I put out a single it only benefits one artiste. But if I put out a juggling it can benefit up to 20 different artistes and expose young talents. Some man a worry about big-name artistes, but it's about song quality, and any young artiste can give you a good song. Look pan the Applause rhythm with so much big artiste and a Shane-O tek it. So give di young artiste dem a chance on di juggling," Roach said.

He also added that the success of a single is largely dependent on the popularity of the artiste, unlike juggling that introduces artistes to different audiences.

"When you have nuff artiste on a rhythm every man have dem own fanbase. Some artiste might be popular inna Jamaica and nobody don't know them in the rest of the world. Then suppose yu put a man like Luciano that big worldwide on the juggling wid dem artiste deh? Yu a guh find that people listen the Luciano and take the time to listen and perhaps buy the songs from the unpopular artistes as well," Roach explained.

Last year's Producer of the Year, Markus Myrie, says producers have been looking to shift from juggling to singles for a long time. He also believes juggling will return to prominence when singles are no longer popular.

Nevertheless, all three producers are promoting both singles and juggling rhythms for this summer.