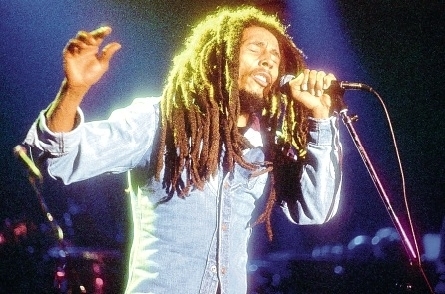 THE latest controversy surrounding the family of reggae legend Bob Marley has caught the attention of the influential financial publication, Forbes Magazine.

In a feature story captioned, 'Are Marley's heirs destroying his legacy?', the husband and wife team of Andy and Danielle Mayoras examine the legal rift between nine of Marley's children and his brother Richard Booker.

Last week, the siblings successfully challenged Booker's use of Marley's name for a music festival he is promoting, in a Florida court. But the Forbes story says the animosity goes beyond that event.

According to Forbes, their main grouse is Booker's plan to trademark the term 'Mama Marley' with a line of seafood products like fish and chips, fish cakes, fish croquettes, fish fillets, fish mousse and fish sausages.

"This fishy family fight is only the most recent in a very long list of legal battles involving Marley's wife and children, as they aggressively control commercial use of Marley's image, name, lyrics, and almost everything else associated with the man who rose humbly from very poor roots in Jamaica to be one of the most well-respected musicians of all time," the Mayoras piece read.

"Marley was said to be worth about US$30 million when he died. He was far from naive about his finances, having set up a number of corporations to manage his assets, it went on."

Marley died in Florida in May 1981 of cancer at age 36. He did not leave a will and this created problems, especially in a field where the value of a star's catalogue and image soars after their death.

The Mayorases trace the legal problems to a questionable estate plan drafted by Marley's attorney and accountant shortly after his death.

"Instead of allowing the assets to pass under Jamaican law, the duo convinced Marley's widow, Rita Marley, to forge his name to a series of documents, and predate them to before he died. This was done to transfer control of the large majority of Marley's corporate holdings, along with much of his royalty rights and money, to herself," they wrote.

"One of Marley's former managers uncovered the scheme, which led to a series of long legal battles. In the end, the attorney and accountant were found guilty of a RICO conspiracy (meaning an illegal and criminal organisation), fraud, and other wrongdoing, to the tune of about US$6 million. Rita Marley eventually confessed to the scheme and said she merely acted on the attorney's advice. She was removed from control of the estate as one of the administrators."

However, Rita Marley maintains a significant say in copyright matters. In the early 1990s, the Jamaican Supreme Court ruled that exclusive use of Bob Marley's name, likeness and image for commercial purposes should go to his heirs.

The Supreme Court ruling also gave the Marleys the right to sue persons from profiting from the superstar's name.

There have been infamous legal battles between families and acquaintances of deceased rock stars. There have been similar incidents related to the estates of Elvis Presley, Jimi Hendrix, Jim Morrison and Janis Joplin.

The difference, the Mayoras pointed out, is the portrayal of Marley as a spiritual artiste.

"Is this the legacy that Bob Marley would have wanted? We don't know.

Maybe he would have approved of his wife and children suing others to stop them from profiting from his hard work," they wrote. "Or maybe, he would have wanted all that he built over his career to benefit as many people as possible. He did, after all, believe in the Rastafarian notions of equality and rejection of the modern western world due to the corruption."