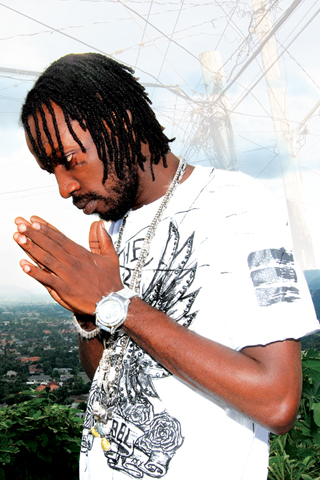 Dancehall singjay Mavado is to return to court next year where his charges of malicious destruction of property and assault are set for mention.

Vado appeared before the Montego Bay R-M Court today after the case was put off to facilitate the addition of a medical certificate to the case file.

Mavado’s lawyer Martyn Thomas tells Music News that the entertainer is set to return to court on February 6 and 7 in 2012. Thomas also said that today the court was made aware that the complainant and a man called Bennett have been calling his office requesting numbers for Mavado. Subsequently, the court was asked to inform the police that the complainant and his friend should no longer call Vado’s lawyer’s office as it could interfere with the process.

Meanwhile, Mavado’s bail was extended and he was sent home.

All this stems from an incident near Anchovy, St James on July 22. Reports are that at about 7:00 p.m. Mavado assaulted a man and damaged his Toyota Camry motor vehicle along the Belmont main road in St. James.

The complainant allegedly stopped along the main road to allow a line of traffic to pass when he and his son were reportedly attacked by Vado and members of his entourage.