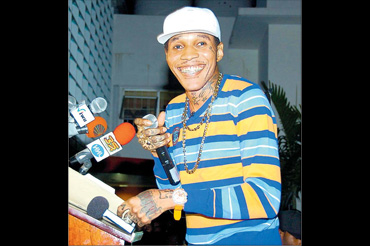 Troubled dancehall deejay Vybz Kartel may be slapped with another charge.

According to Ealon Powell, Head of the Criminal Investigation Branch, Kartel could be charged this week with perverting the course of justice and conspiracy to pervert the course of justice. The assistant Commissioner was speaking with 876entertainment when he made the revelation.

Vybz Kartel currently faces two murder charges, as well as conspiracy to murder, illegal possession of a firearm and possession of ganja.

The jailed deejay has been offered a $3 million bail in relation to the murder of Barrington 'Bossie' Burton who was shot dead in Gregory Park, St Catherine earlier this year.

The men will return to court later this month