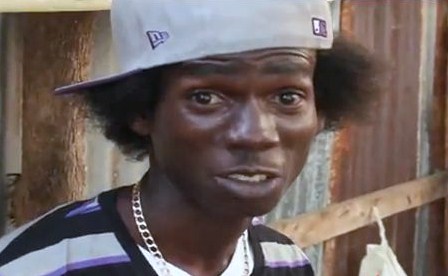 Dancehall artiste Potential Kidd has denied allegations of scamming an overseas promoter. The allegations are being made by promoter Dwayne Grant who claims that he had been corresponding with Potential Kidd's manager Angeletta McKenzie since April 2012, to have Potential Kidd perform in the US, how-ever, despite paying the deposit, the artiste did not show up for his event.

"The sum agreed upon was US$6,300 for July 13 and 14, respectively, and a deposit of US$3,150 was sent via Western Union to Small (Potential Kidd's booking agent) on April 27, 2012. After I sent the money, Small introduced me to Angeletta who is Potential Kidd's manager. two months later, we sent another US$600 to put towards airfare, but five days before the show I was told he did not have a visa for the US," Grant said in a release to The STAR.

The STAR contacted Potential Kidd's booking agent, Theresa Small, who revealed that she did receive the deposit, however, it was given to Potential Kidd's manager/cousin Angeletta McKenzie.

"I received the money but it was handed over to Angeletta McKenzie, Potential Kidd's manager. As the booking agent, I contacted McKenzie to find out if Potential Kidd was available and she said yes, so during the booking process I did not know that Potential Kidd did not have a US visa. But further down when I reminded her she said that the visa was pending, and assured me that the visa would be ready soon enough because VP Records was sorting that out," Small said.

"I spoke to Dwayne Grant in a three-way conversation with Angeletta (the manager) and she confirmed that she had the money and she would return it. Up until now she has not done so," said Small.

Potential Kidd in his defence expressed betrayal on the part of his cousin.

"Mi never expect that because a mi family, she tell mi sey mi would go to United States and sey if anybody ask mi I should tell dem that I have my visa already. Because she a mi cousin I had no reason to doubt har," said the artiste.

"I don't even have a bank account she has all my money from my shows suh right now mi not even have nuh money. Even Reggae Sumfest mi booked for and mi nuh see nuh money. She book shows inna mi name and nuh pay mi," Potential Kidd said.

The artiste also said that Angeletta McKenzie will no longer be his manager.

"As of July 1, Angeletta McKenzie is not my manager, to conduct business persons should call 565-7101. At this time, I want my former manager to send back di money to di promoter, and I also want my money that I have worked for," he said.

In a release sent to the media, she said, "Potential is a working artiste who is solely responsible for every dollar that is collected by me. I don't have access to any account of his, therefore he will be responsible for any refund of money requested. He handles all his money and whatever money is collected by me is usually passed immediately to him," McKenzie said.

The artiste says he plans to take legal action against McKenzie and expressed that the matter will be reported to the police. In the meantime, Teresa Small expressed that the promoters should stop defaming her character by labelling her as a scammer.