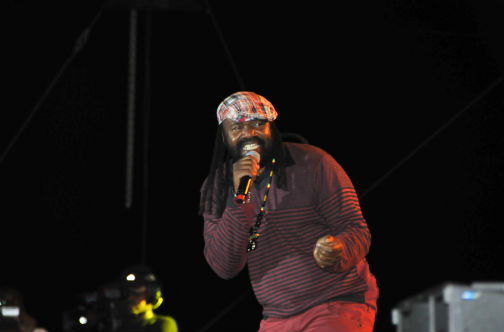 KINGSTON, Jamaica- Motivational deejay Tony Rebel says singjay Chronixx's statement about Jamaicans glorifying a waste man;, which many argued was in relation to the one-day visit of American President Barack Obama, is unfortunate.

The outspoken reggae artiste criticised the fact that Jamaicans were glorifying a waste man, while Garvey, who he said paved a peaceful and safe path for the US President to address us, still has a criminal record in that country.

His post was made on the second day of Obama's visit to Jamaica.

Rebel, added however, that if the roots artiste believes the United States Government has done little to clear National Hero Marcus Garvey's criminal record,he should stand firm. When you are a public figure you become a role model. I don't expect an artiste to be muzzled but you have to be responsible in what you say," Rebel told OBSERVER ONLINE.

He added: "At the same time if Chronixx is passionate about Garvey or anything else he should stand by what he said

Meanwhile, Singer Freddie McGregor also commented on the controversial post which has drawn support from some Chronixx fans."I see where he (Chronixx) said that's not what he meant so Im ready to give him the benefit of the doubt. Yuh have to be careful about the things you say about the President of the United States. I certainly wouldn't say that about President Obama," McGregor said.

In the meantime, Prime Minister Portia Simpson Miller indicated that she spoke to Obama about having Garvey's criminal record expunged.The St Ann-born Garvey was a Pan African giant and leader of the Harlem Renaissance. He was imprisoned in the US in 1923 for mail fraud arising from questionable deals surrounding his Black Star Line company.

He was deported to Jamaica four years later.