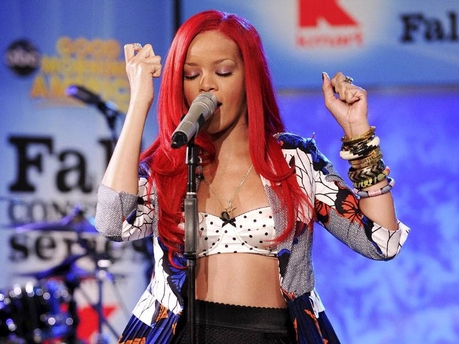 Over the Easter weekend, R&B superstar Rihanna tweeted a video of herself and best friend Melissa Forde in the back of a truck singing along to Nadine Sutherland and Buju Banton's 'Wicked Dickie'.

Despite the video of the Bajan beauty singing the song getting only 400 views since its YouTube release just over two days ago, YouTube users have admitted that it was Rihanna's video that led them to search for the original version of the song.

The 15-second video captures Rihanna and Forde singing and dancing to the chorus of the song originally sung by Sutherland. Her loyal fans, who the singer calls her navy, have since expressed their love and even obsession with the song. One user said, "BadGalRiRi brought me here," while another admitted, "Lol me too! And now I'm in love lol".

Other users said that while they did not particularly like reggae music, they loved the song, with some even going as far as to say that Rihanna has now made the song famous, while stating that she should do a full cover of Wicked Dickie.

Having seen the video herself, Sutherland used Twitter to send a message to Rihanna. She tweeted: "@rihanna don't know if you will see this, but I'm so honoured to see and hear you singing my song, Caribbean women forever, love you Riri!"

Rihanna also posted another video via Instagram of herself smoking marijuana, gyrating, and singing along to Banton's controversial Bum Bye Bye.

This isn't the first time Rihanna has released a video of herself singing along to reggae tunes. Last year, she released a 16-second video of herself gyrating and singing to Busy Signal's Missing You. That video caused the original video for Signal's song to break the three million views threshold.