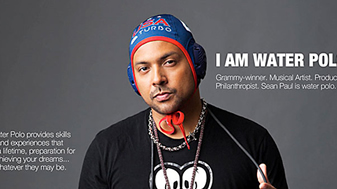 Grammy-winning deejay Sean Paul continues to spread his wings musically with the release of his latest rhythm production, 'Material'. 'Material' is the follow-up to his debut beat 'Blaze Fia', which was released in the summer. So far, the rhythm has been making a big impact in the singles-driven industry.

Like its predecessor, the Material Riddim features some noted dancehall artistes including Sean Paul himself, who recorded two songs, Roll With The Don and Call On Jah. The second single was done with veteran deejay Spragga Benz. Singers Wayne Marshall, Tami Chynn, Laden, and Future Fambo are just some of the acts riding the Material Riddim. Marshall did Miss Your Love, and his wife, Tami, recorded RideDip And Go Down is the title of Laden's song, while Future Fambo and Chi Ching Ching collaborated on Get Drunk.

Some of the other artistes who have done songs on the Material Riddim are Trevor OffKey - Shine Eye; Ce'Cile - Material World; Voicemail - Drop It Low; and Mr Vegas. he recorded a song for the ladies titled Tek Him.

Like the Blaze Fia, Material was released on Sean Paul's Dutty Rock label. As what is anticipated to be a busy Christmas party season approaches, the MaterialRiddim has already drawn positive responses from leading sound system selectors such as Garfield 'Geefus' Parkinson of Stone Love and Coppershot's Sanjay Smith. "Is a bad rhythm, worse like how Fambo hot right now. It jus' release but I expect it to kick off," said Geefus in a release sent to The WEEKEND STAR. Sanjay also expects big things from the Material Riddim. he said: "It hasn't really bus' on air waves as yet, but from what I've heard, I'm impressed. It's not like anything that's out there now."

The deejay shoots the medley video for the Material Riddim this weekend in Kingston. The three-part, 10-minute medley video will be directed by Mykal Cushnie with Zsolt Haulpa from Canada as director of photography. It also features choreography by Tanisha Scott.

Sean Paul has been pulling double-duty in recent months. In addition to producing, he has been recording songs for his next album, due out in early 2012. His song with American Alexis Jordan, Got 2 Luv U was a teaser. It entered the Billboard Hot 100 charts at number 93 during the summer. According to the Billboard iTunes chart, Got 2 Luv U also did well throughout Europe, reaching number one in Switzerland and peaking at number two in France.

Sean Paul is one Jamaica's most successful entertainers. He first hit the big time in 2002 with the multi-platinum Dutty Rock album for VP/Atlantic Records. That set produced three massive hit songs in Gimme The Light, Get Busy, and Like Glue. The Trinity, his follow-up album, is also another platinum-selling hit. Sean Paul's fourth album, Imperial Blaze, was released by Atlantic Records in 2008.