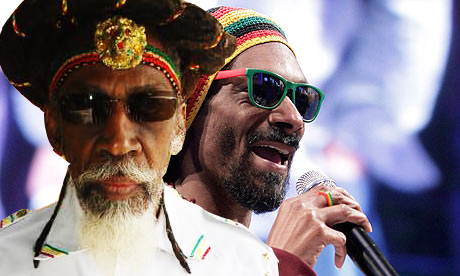 In an interview with the Rolling Stone Magazine, Snoop said a lot!!! Snoop said “He's speaking and the album isn't out. That gave me fair warning to get this bleep off my bleep. I have no insight what turned him. The people I visited at the Nyabinghi Temple aren't speaking negative on me. They're real Rastas.”

Snoop continues “But guess who stood up in my defense? Rohan, Rita, Stephen, Damian Marley. Rohan went public. He called him Phony Wailer, or whatever he called him. I can't call him that; I don't know him like that. But they do. They know what he after and they love me. If Bob's kids and his wife welcome they arms and say, "You one of the Marleys," then who is Bunny Wailer to say anything?”