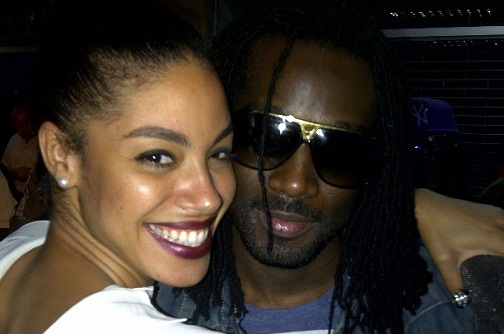 Phillips, who earlier this week reportedly filed for full custody of her two-year-old daughter with Big Ship producer and dancehall artiste Daniel ‘Chino’ McGregor in the Supreme court, said, “it has come to my attention that without permission or consultation with me or my legal representatives private information was leaked…”.

“It is most unfortunate that due to our public image, I was not given the privilege of privacy, especially since this matter involves a minor child. This is a pending legal matter which is before the court and as such I am not able to comment,” Phillips said.

Phillips added that she has “complete confidence in the justice system” and is awaiting her opportunity to fully ventilate the issues before the court.

According to court documents the Jamaican beauty is seeking $60,000 per month in child support, and is requesting that the expenses relating to the child be equally split.

She is also asking that the court grants the producer limited visitation rights which would see him seeing the child two times during the week and once on the weekend.

Earlier efforts by OBSERVER ONLINE to contact Phillips and McGregor were unsuccessful.