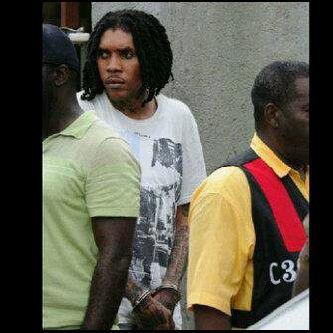 VYBZ Kartel will have to stay a little longer behind bars.

The self-proclaimed “World Boss” was remanded until Friday when he appeared before the Corporate Area R-M Court this morning to face charges of murder, conspiracy to murder and illegal possession of a firearm.

The deejay’s legal team was served with additional statements from the police. They are expected to file an application for bail when Kartel returns to court on Friday.

Vybz Kartel was arrested on September 30 at a hotel in New Kingston by cops from the Flying Squad. Following the arrest several premises belonging to the Gaza leader were searched and a number of items seized.

In relating news, fellow Gaza member Shawn Storm remains in police custody. The singjay surrendered to police on Monday after being named a person of interest.