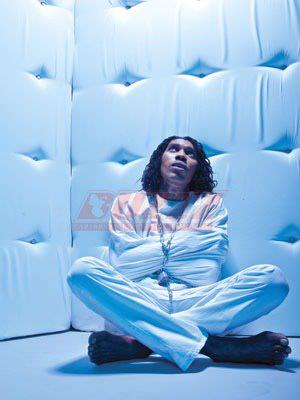 Just when you think Vybz Kartel’s legal troubles couldn’t get any worse, it did.

Jamaican law enforcement officials have indicate that the deejay could be facing up to 5 additional murder charges.

Kartel, whose government name is Adidja Palmer, is currently facing a two murder charges, as well as, charges of conspiracy to murder and illegal possession of firearm and marijuana.

Head of the Criminal Investigation Branch, Assistant Commissioner Ealan Powell, said probes carried out by detectives have implicated Kartel in five additional murders that took place in the Corporate Area and St Catherine.

ACP Powell said the “Cake Soap” deejay will be charged some time soon.

Vybz Kartel was arrested on September 30th in Kingston and charge with possession of a small quantity of ganja. On said day of his arrest the deejay was taken to several homes he either own or frequent, where extensive searches was carried out and computer equipment seized.

On October 3, Kartel was slapped with more serious charges of murder, conspiracy to murder and illegal possession of firearm. The charges are in relation to the death of Barrington “Bossie” Burton, a businessman who was gunned down in Gregory Park, St. Catherine.

Two weeks later, the embattled deejay was slapped with a second murder charge in relation to the death of a man known a Clive “Lizard” Williams. According to police reports, Williams was killed in relation to the lost of an illegal firearm believed to be belonging to the deejay.

Vybz Kartel’s protege Shawn Storm and stylist Calvin Haye along with two other men were implicated and charged for said murder.

Vybz Kartel is schedule to return to court on December 2nd.

if a man is always taking about murder in his lyrics sooner or later he will have to prove himself.  you have to be careful what you sing about .in these times.