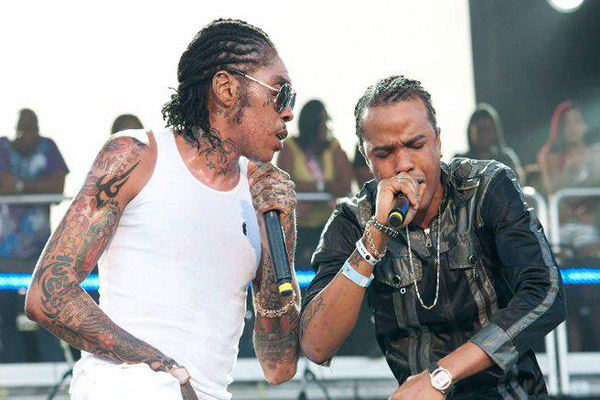 Vybz Kartel is not taking too likely his former protege Tommy Lee Sparta taking a swipe at him during a heated argument with one of his former friends.

Last week a back-and-forth voicenotes between Tommy Lee and Jr Dillinger was leaked online. One particular statement from the “Spartan Angel” deejay caught the attention of Vybz Kartel fans.

Kartel people are told Urban Islandz that he heard the message and is not happy about it.

“World Boss and Tommy Lee should not even be mentioned in the same sentence because there is just no comparison and Tommy Lee need to know himself and stop calling the boss name,” a rep for the incarcerated deejay told us. ”

“Addi heard the voicenote and him want Tommy Lee to worry about the money that him owe the boss before Slim pay him another visit,” Kartel’s rep added.

“Two face Tommy Lee who acting like him loyal to Addi when him a go behind the man back and a diss the boss.”

Last year a leaked voicemail surfaced online of Tommy Lee Sparta crying about being roughed up by one of Vybz Kartel goons name Slim. Lee also confirmed that the incident did happen.