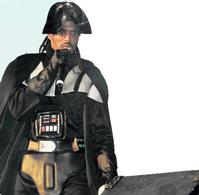 Mi did feel nauseous and dizzy

Twin of Twins' Patrick 'Curly Lox' Gaynor says that it was because he was sick why he did not perform up to standard at Sting on Monday night.

The artiste who is now apologising to his fans said he had been doing shows like Diamond Splash and the Jagra GT Taylor Christmas Extravaganza and developed a nasal congestion due to his hectic schedule.

"Mi reach Sting, I am not a drinker and I don't smoke but mi drink a Magnum on an empty stomach and then earlier mi did tek the medication. It just get worse on stage. Da terrible feeling deh, mi did feel nauseous and dizzy. Right now mi apologise to mi fans," he told THE STAR.

"My fans know that I am more than capable of bringing out the total defamation of 'Chatterhorn'. So, I am sorry for the disappointment that my action caused. There are a lot of other elements that contributed to the end result. There was a whole heap of manipulation behind the scene but mi nuh ready fi seh yet."

According to Gaynor, in his opinion a clash with Tony Matterhorn did not take place and he will not concede to a defeat as a result.

"The clash never happened. If I was incapacitated there was no clash. I took myself out, he didn't take me out. In my mind, I did the wrong thing. You can't seh you lose when sup'm neva happen," he said.

"That's what happened and mi nah dwell pon it. This is a Curly Lox mistake. My fans know my capabilities and I know they understand but I am sorry that I disappointed them. If mi did conscious certain things couldn't happen."

When asked if he wants a rematch, Gaynor said, "any day, any time."

He continued: "The clash did not happen. Mi ago kill him mek the whole world see. Da day deh mi not even a drink water. Mi ready fi a rematch any time. It was my irresponsibility that caused the clash not to manifest. I would concede defeat if there was one."

Following the clash, Gaynor was arrested and charged for using indecent language and disorderly conduct. He was taken into custody by the St Catherine South police. But the artiste said he finds this very odd.

"Every other clash was, laden with bad words and expletives but only one person was arrested. How mi alone get singled out and arrested?" he questioned.