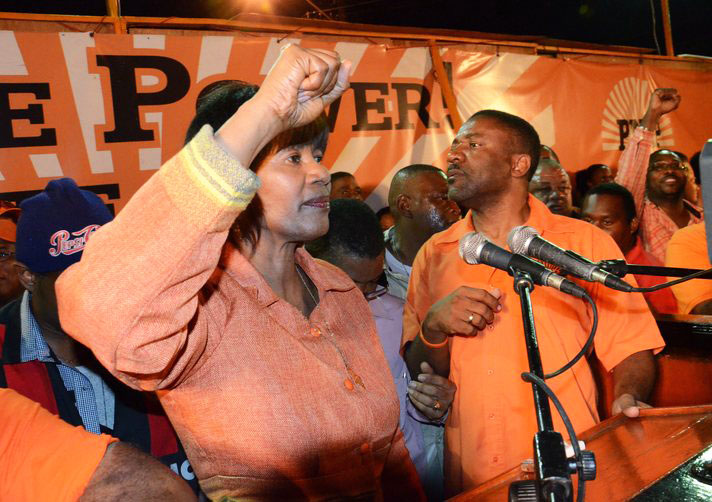 The Portia Simpson Miller-led People's National Party (PNP) last night swept to a landslide victory in the General Elections taking 41 of the 63 seats in Parliament.

In the process, the PNP shoved the Andrew Holness-led Jamaica Labour Party into the history books, as it became the first political party to only spend one term in office.

The PNP's victory included several upsets as a number of the incumbent JLP's members of parliament lost their respective seats.

One of the bigggest upsets included that of St Andrew West Rural where the JLP incumbent Andrew Gallimore unexpectedly lost his seat to the PNP's Paul Buchanan. Gallimore poled 7433 votes to his victor's 7605.

There was an even bigger upset in the St Mary Western constituency where the JLP incumbent Robert Montague lost his seat, polling 9434 votes to the PNP's Jolyan Silvera who polled 9651 votes.

The St Andrew East Rural battle between the PNP's Damion Crawford and the JLP's Joan Gordon-Webley had to come down to the wire with Crawford taking the seat by 9622 votes to Gordon-Webley's 9408.

The Electoral Office of Jamaica said only 50 per cent of the electorate turned out to vote.