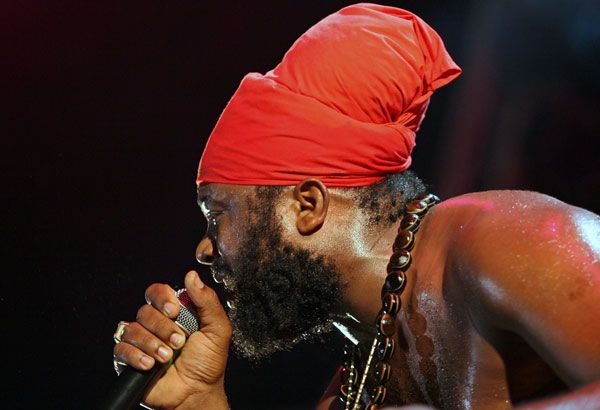 Local booking agent Olimatta Taal believes the local music industry is moving backwards because of greed. According to Taal, the music business suffers from exploitation.

The reason for Taal's recent outcry stems from an agreement that she claims was made between herself and reggae artiste Fantan Mojah that went sour.

"A promoter from Zimbabwe told me about this Lion Lager Festival in Zimbabwe, said he needed some artistes. I pitched a few artistes to him and he decided he wanted Fanton Mojah. After all the papers were signed, Fanton Mojah agreed to pay me for my services, and I have yet to receive a dollar," Taal said.

According to Taal, the artiste performed at three shows in Africa because of her recommendation.

"He did three shows in Africa, his first time performing there and came back to Jamaica telling the press about his experience and the person that made it happen hasn't benefited in any way," she said.

A disgruntled Olimatta Taal, disclosed that she feels exploited by the reggae artiste.

"Fanton Mojah claims to be for the poor and love Africa yet exploits Africa's daughter. I keep calling him and he keeps giving me the run around," she said.

Taal expressed that the behaviour of the local industry players prevents growth and development, and pulls reggae music backward.

"Let us be ethical, with principle and unified on all fronts so there will be a future for reggae music," she concluded.

The Star made several attempts to get Fantan Mojah's comment on the allegation, but his numbers rang without an answer.

However, spokesperson and acquaintance of the promoters of the Lion Lager Festival, Everton 'Caveman' Moore confirmed that Olimatta Taal did make arrangements for Fanton Mojah to perform.

"I was there when they were making the agreement, and Fanton did perform at the shows. But am not sure about their payment decision, I don't know about the payment side of it, but am certain that she was the one who got him to perform at the festival," he said.

This would not be the first time that a local artiste has been in rambling about breaches in obligation.

Most recently, dancehall artiste Vybz Kartel was ordered by the Supreme Court to pay $15 million in damages to Jamaican promoter Alton Salmon for his failure to perform at a concert in the Turks and Caicos Islands in August 2009.