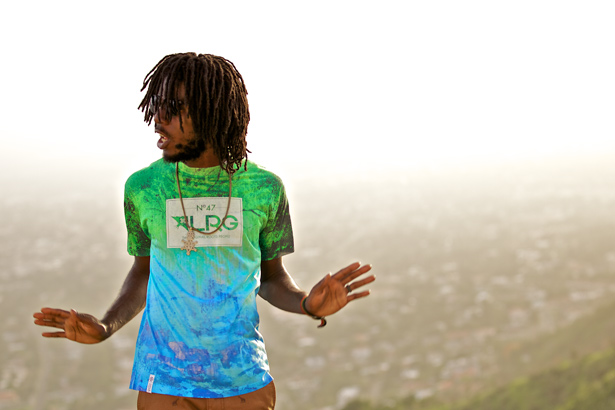 Obama, who arrived in Jamaica last Wednesday, was on a one-day working visit. He had bilateral talks with the Jamaican Government and Caricom leaders as well as addressed youth leaders at a forum held at the University of West Indies Mona Campus in St Andrew.

The founder of RAS Records told the Jamaica Observer that Chronixx could have been more 'diplomatic' in his post, but ultimately it is his opinion.

"There are many injustices in the world and those that speak out publicly against them are often chastised, ridiculed or even persecuted," says Himelfarb.

"His intention for what he said was to have Marcus Garvey pardoned. Maybe he could have gone about it more diplomatically, but he has the right to express himself."

Chronixx, 22, came off a strong 2014 with some influential music industry players predicting his imminent breakthrough in the US. He appeared on The Tonight Show with Jimmy Fallon in July and headlined the Summerstage event at Central Park days later.

Himelfarb, who ran RAS for nearly 30 years in his native Washington DC, warns that misinformed statements can hurt rising stars.

"I believe that certain beliefs a man has can be reasoned with amongst brethren and sistren but not let out into the public. The public can massacre you."

The Chronixx Instagram rant was triggered by what he considers the US Government's failure to clear National Hero Marcus Garvey of mail fraud in that country.

Garvey was deported to Jamaica in 1927 after serving four years in a federal prison. Some historians and scholars argue that his imprisonment was politically motivated.