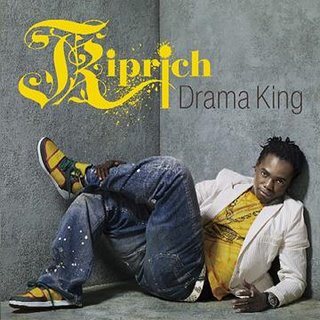 After destroying the Monster Empire at Sting on two occasions, Marlon Plunkett has been hailed as one of the most formidable clash deejays today.

So revered has KipRich become, that Isaiah Laing, promoter of Sting, regards him as the new 'Don Gorgon'.

According to Laing who spoke to THE STAR in a recent interview, KipRich is the new Ninja Man of Sting because of the artiste's ability to clash.

"You can expect KipRich to war with anybody. He has lyrics and he is willing to go up against any artiste," the Sting promoter said.

THE STAR contacted KipRich to find out what he thought of the title Laing had bestowed on him.

While he says he is not one to praise himself, KipRich who came on the scene in the late 1990s, believes he can live up to the expectations that come with the lofty comparison.

"As long as the work is here to be done, I will be here to keep working for the fans, mi a pree longevity, a music mi duh," he said.

Despite the view that being compared to a dancehall icon is a compliment, the artiste explained that he did not want to be put in a bracket as a 'war-season artiste'.

"I am not a war-season artiste. I am always relevant. I have a lot to offer whether summer, winter or whenever. I just need the producers dem to send me di hot riddim dem right through the year, and mi can guarantee seh a hit song mi a put pon dem," he said.

According to KipRich, if he is to be seen as the new Don Gorgon of Sting, it must be the new and improved version.

"Mi naah guh duh like Ninja Man, a must the new and improved version, mi a go be relevant right through the year, a nuh just the latter part," he told THE STAR. As it relates to his upcoming matchup against veteran deejay, Merciless, at this year's staging of Sting, KipRich says he is not nervous.

The artiste also said that patrons can expect the unexpected at Sting.

"Warfare is all about the element of surprise, mi nuh know what a guh through some man head, but mi nuh fear nuhbody," he said.

The artiste leaves the island next week for a European tour, where he will set foot in England, Sweden and Germany.